The Feet as a Mirror of the Body

Reflexology is among the oldest concepts in the world and is based on the theory that the human body is reflected in the feet. According to reflexology, each body part is linked to a certain point on the foot.
To regulate the well-being of the body through the feet, the 5 ZONES and REFLEX ZONES insoles are fitted and adapted with elevations, depressions and patterns. Certain zones of the feet are stimulated through the soles so that the body can find its original balance again. If, for example, there is tension in the neck area, an elevation on the shoe sole ensures that the neck can soon relax.

The human body works as a complex system in which all parts are connected. According to reflexology, there are links between zones on the feet and the organs, muscles, joints, spine and head. The reflexology points for the neck, for example, are in the front part of the foot, while the rear area of the foot is associated with the intestine. Studies have found that self-healing processes and regulation mechanisms in certain parts of the body can be activated through the feet. Furthermore, pain can be eased or diseases can be countered preventively. Researchers at the University of Innsbruck have shown that blood flow in the kidneys can be stimulated if the zone on the foot that is associated with the kidneys is stimulated using pressure. A further study at the University of Jena was able to reduce the pain of patients with knee joint arthrosis by treating the knee reflexology zone.

The treatment of certain parts of the body through the feet was already carried out in ancient Egypt, the Indians and the Chinese. In the 18th century, the reflexology concept of Indian culture was classified by Dr. Fitzgerald (USA) and made accessible to a wider public through the later work of the American masseuse Eunice Ingham. This method of reflexology pressure point massage was finally brought to the German-speaking world from America via England. 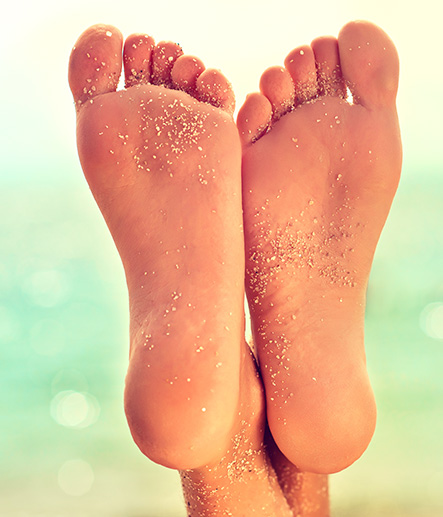 Well-Being Starts With the Feet 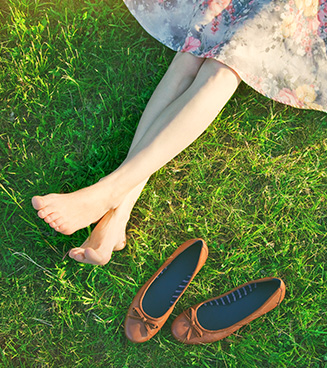 Who is not familiar with the feeling of walking barefoot on warm sand, or the vibrancy of the body during a barefoot walk over the forest floor? When mankind still walked barefoot through nature, a natural stimulation of the feet occurred. The fine motor skills were trained through the unevenness of the ground and contributed to healthy overall motor skills.

In current everyday life, the human being cannot do without firm and safe shoes. The fact is: they provide protection from the cold, unevenness of the ground and other dangers. However, enjoying this safety also harbours the disadvantage that the natural stimulation of the feet can no longer take place. As a sensory organ, the foot can adapt to a variety of ground conditions. The smooth insoles of modern shoes do not represent a challenge for the sensory perception function of the foot. The foot loses its adaptability if it only receives one-sided stimulation or none at all and the balance in the body is weakened. To restore harmony, the 5 ZONES and REFLEX ZONES insoles have an uneven contour with elevations and depressions.

How Does the Reflex Zones Insole Work?

A warm and relaxed feeling, regular pulsating of the body, a straight walking posture through shoe soles throughout the day – is that possible? The REFLEX ZONES insoles of Casa Everz GmbH are fitted with specific elevations, depressions and patterns that stimulate certain zones of the foot and are designed to revitalise parts of the body in a targeted manner. Through the massaging cushions of the 5 ZONES and REFLEX ZONES insoles, the reflexology zones on the foot and therefore the associated organs are influenced with every step – through immersion and relief. As the firmness is adapted exactly to the tissue tension of the sole of the foot, it produces a gentle stimulation of the reflexology zones that achieves the effect of walking barefoot. When sitting for a long time at a desk or during heavy physical exertion, the feet can be either understimulated or overly burdened. The result is cold, tired or tense feet that can bring the whole body out of balance.

This is where the gentle reflexology insole takes on its valuable task. Through the neuroplexus, many interactions occur in the respective segment between the foot and the organ. By wearing shoes fitted with the reflexology zones, the feet are stimulated throughout the day, so that muscle tensions and pain are gently eased. Contrary to pain point pressure, the gentle reflexology massage with the reflexology sole ensures a lasting reprogramming of the affected muscles to a healthy and functional state. The result is a feeling of lightness, balance in everyday life and a strong sense of the body – the feet as the source of life.